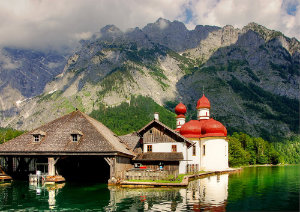 Thus, in Austria it is the case that a person who voluntarily acquires foreign citizenship automatically loses their Austrian citizenship.

In order not to lose Austrian citizenship, permission to retain it must be requested in writing before acquiring foreign citizenship and be approved by written decision.

§ 27. (1) Citizenship loses who acquires a foreign nationality on the basis of his application, his declaration or his express consent, unless he has previously been granted the retention of citizenship.

In order not to lose Austrian citizenship, the authorization to retain it before acquiring the foreign nationality must be requested in writing and approved by written decision. The approval of retention must be made before applying for foreign citizenship, otherwise the loss of Austrian citizenship occurs. The Citizenship Department of the respective Provincial Government Office is responsible for granting citizenship.

The main exception for an retention of citizenship is stated in Section 28 of the Austrian Nationality Act:

According to this provision regarding dual citizenship the decision about the allowance of a dual citizenship from the Austrian side always strongly depend on the individual case and the reasons stated in the dual citizenship application. However, since the authorities have a relatively wide range of discretion in assessing whether the requirements under Section 28 of the Citizenship Act have been met, it is important to pay close attention to the wording of the application and the reasons given, and it is recommended that a specialized lawyer is engaged to handle the matter.

Decisions of the Administrative Court (VwGH) regarding Dual Austrian Citizenship

Find some selected legal decisions of the Administrative Court (VwGH) on questions of citizenship and dual citizenship law as follows: