Law Experts Austrian Attorneys-at-Law have best local contacts and know-how to represent you before all authorities in the Republic of Austria. We assist our clients with regard to all necessary requirements and advise our clients on all issues related to the facilitated naturalisation of Nazi Victims & Descendants in Austria. We are registered in the list of Austrian lawyers (www.rechtsanwaelte.at). 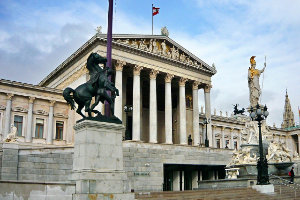 Finally, Austria's parliament has voted to grant citizenship to the descendants of Nazi victims, who fled the country under Hitler's Third Reich. The Citizenship Law Amendment Act 2018 came into force on 01.09.2020 (BGBl I 2019/96).

Undisputedly, this will eliminate a long-standing injustice. The new legal passages are in any case appropriate and necessary. Descendants of former victims of Nazi persecution will now receive simplified access to Austrian citizenship. However, it is still recommended that applications for Austrian citizenship should only be made with legal representation, as there are still some pitfalls in the details. 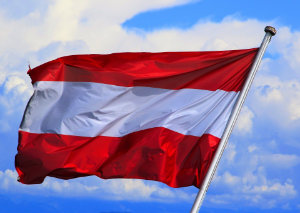 However, this case law did not offer an "all-purpose solution". In fact, the justification of the serious predicament required a temporal proximity between the acquisition of the foreign citizenship and the fleeing from the Nazi regime. In cases in which the person persecuted by the Nazis did not acquire the foreign citizenship until several years after fleeing, they had to prove other circumstances in addition to fleeing from the Nazi regime as such, which justified a serious predicament. This was often not possible due to a lack of evidence.

New legal situation from 01.09.2020 for descendants of former Nazi persecutees and application procedure from September 2020

Austria now extends citizenship to descendants of victims of Nazi persecution. As a new paragraph, § 58c paragraph 1a StbG 1985 is now inserted into the Citizenship Act as of 01.09.2020. According to this, a foreign citizen acquires Austrian citizenship if he or she submits a written application to the authorities and proves the following by means of unobjectionable documents or other certifying means:

The applicant is in direct descending line the descendant of a person who went abroad before 15 May 1955, 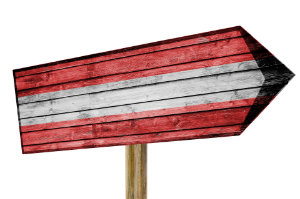 Experience shows that even such points in the application procedure can - particularly for persons living abroad - still be a relevant challenge. For example, it is also provided that the authority may call upon the National Fund of the Republic of Austria as an expert. This, for example, in order to clarify whether the requirements for naturalisation are met in a specific case.

While the motion to amend the law provided simplified access to Austrian citizenship only up to the third generation after the former Nazi persecutor, such a restriction is no longer apparent from the adopted legal text. It can therefore be assumed that the legislator deliberately refrained from imposing such a restriction.

As a further aspect of the amendment, it can be seen that according to the wording of the law it is irrelevant whether the ancestor who was persecuted by the Nazi regime was a woman or a man. The law clearly uses the gender-neutral term "person".

This question played a decisive role because previously (over a long period of time) legitimate children could only acquire Austrian citizenship through their father, and illegitimate children only through their mother. So, if the father of a child born in marriage was not Austrian, but the mother was, the child nevertheless did not become an Austrian citizen by descent.

In the context of the newly inserted § 58c paragraph 1a StbG 1985, such considerations regarding the child's legitimacy no longer play a role. Provided that the remaining requirements are fulfilled, both legitimate and illegitimate children are entitled to Austrian citizenship.

For descendants of former NS persecutees, filing an application on the basis of the new legal situation is interesting if the citizenship law of the state of which they are citizens allows dual citizenship. Third-country nationals can then gain access to the European single market and benefit from the freedom of movement under EU law. They can therefore work anywhere in the EU.

The authorities therefore - justifiably - expect a large number of such applications and certain delays in their processing. 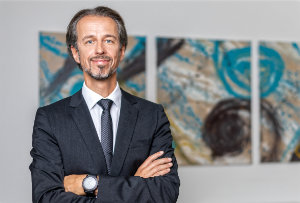 It is also recommended that applications should only be made with legal representation. Although the new legal situation undoubtedly provides simplified access to Austrian citizenship compared to the old one, it is not yet possible to predict how the decision-making practice of the authorities will develop. In any case, it is advisable to submit well-prepared applications to the authorities.